6 Big Risks That Have Paid Off 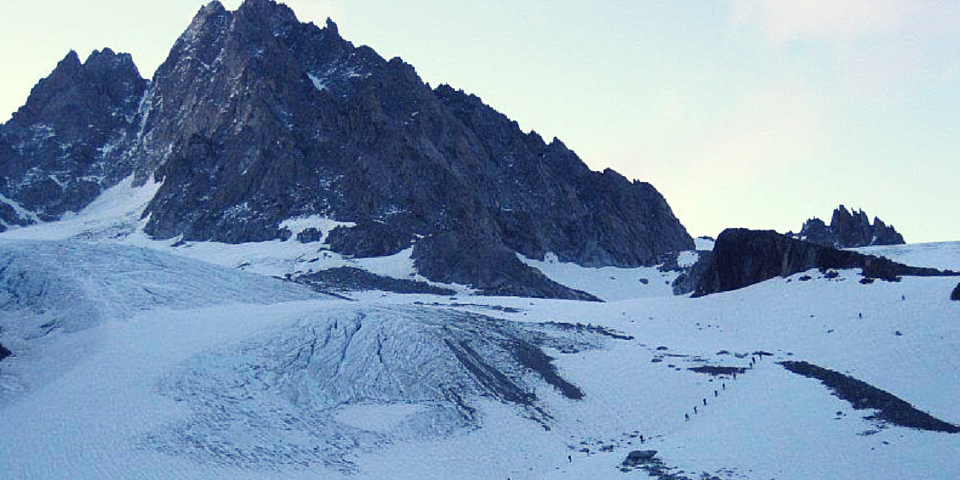 I see myself as a poster-child for risk-taking. I believe it is the only way we learn, grow and reach fulfillment – in life, love and work. Everyone has a different threshold for risk. I lean more toward calculated risks but I take lots of them.

In reflecting on the many risks I have taken in my own life, I struggled to limit my discussion to only six. I decided to choose a few that I thought would really resonate with others – perhaps because they too have been at  similar crossroads in their lives and took big risks to move forward.

So here are six big risks that have paid off.

No. 01 Moving to Toronto for school

At the age of 17, I had a lot of choices to make as I graduated high school and prepared to start a new chapter of my life. I considered so many different schools and cities – from coast to coast – in my decision-making but I ended up choosing the University of Toronto.

Risk: Leaving my family, friends and my home community for the big city. Being 100% responsible for myself, studies, work and so on. Going to a massive university where I could potentially become “just a number”. Becoming lonely.

Reward: A meaningful education with bridges to continuous learning over the years. An amazing community that supported the launch of my first social venture (which achieved its 10-year milestone this year!). Mentorship from some extraordinary instructors and professionals. A great friendship with a young man who 8 years later became my husband.

No. 02 Ditching my career aspirations for the unknown

At the age of 24, I discovered that my lifelong dream of becoming a lawyer wasn’t such a fairytale after all. So I said sayonara to my life plan – 20 years in the making (yep, decided at 4 years of age) – and set out to find a dare-to-be-great situation. And I found it – less than a year later!

Risk: Forfeiting tuition and taking on the burden of debt-without-degree.  Disappointing others. Disappointing myself. Possibly getting lost in life.

Reward: So many good lessons that I could only have learned from failure.  The scenic route down a crooked path.  A wicked story to tell. Self-made personal pride. My brainchild – Inspired Practice. My every happiness.

No. 03 Letting go of people

There have been times in my life that I have found the need to let go of different connections. These might be contacts, friendships or professional relationships that weren’t the right fit anymore. Perhaps they weren’t reciprocal or healthy. Maybe it was that they couldn’t survive change. Each situation is different and so is the rationale for disconnecting but the act of letting go of someone is universally the same. And I have done my share of this.

Reward: It can feel liberating and productive like spring cleaning for your soul. It can help you become un-stuck. It can test your courage and bring you closure.

In 2012, through a civic appointment to a City of Toronto ABCC, I received a true education in what goes on in municipal politics. In the early days, as a staunchly non-partisan citizen interested purely in the priorities and programs designed to serve (specific segments of) the Toronto population, I fell short in my duties. After a few months of feeling intimidated by procedure, deferring to the expertise of others, witnessing group think and otherwise participating in ill-conceived decision making, I realized what it actually meant to be held to a standard of due diligence befitting my role. I had to choose whether to “swim with the current” or “stand like a rock”.

Risk: Judgement from others in a highly public forum. Being labeled and dismissed as “one of those people”. General distrust of my views and the rationale behind them.  Refusal to provide necessary information to which I was entitled in order to make decisions for which I was accountable. Misrepresentation of my position in order to undermine it in the eyes of other decision-makers.

Reward: Being able to face myself in the mirror every morning knowing that I spoke (and voted) my conscience. Learning how to steer clear of “the noise”.  Being recognized by some as a “voice of reason”.  Finding and acknowledging an inner strength (and level of self-respect) I had never before realized. The satisfaction that comes with actually doing the job I was entrusted to do.

I am a really big believer in self-teaching. Although I greatly value what others have to share, for certain things, I learn best by “doing” it myself. I have taught myself everything from contracts to accounting to graphic design and yes, even some basic HTML code. I do not profess to be an expert in any of these things but I like to think I can get by.

Risk: It takes 10 times longer to learn and accomplish a task. There can be an exponential increase in the number of mistakes I make when I figure it out for myself versus having someone tell or show me how to do it. It can be an extremely frustrating process. It can be disappointing and demoralizing to realize that achievement does not grow in proportion to effort. People might think my results are mediocre (even though I might think they are awesome).

Reward: Discovering how to be both the teacher and the student. Developing a greater ability to be resourceful and problem-solve. Patience expands with each new trial. Learning victories are hard won but that much sweeter as a result. Appetite for risk grows as insecurities shrink. New knowledge that will probably never be forgotten.

No.06 Vowing to love unconditionally

There is nothing that I like to do more than love people (and canines). Loving someone else can be simultaneously the most self-indulgent and selfless act. Of course, there are different kinds of love but despite my track record as a serial monogamist, I had never imagined being married to anyone. No, not even as a little girl did I dream about my wedding day. Yet in 2010, I surprised members of my family (who thought I might be destined for spinsterhood) and even myself by becoming the “marrying kind”. Never before had I had to make such a public (or legal) declaration of my unconditional love for another person.

What is one big risk you have taken that really paid off?